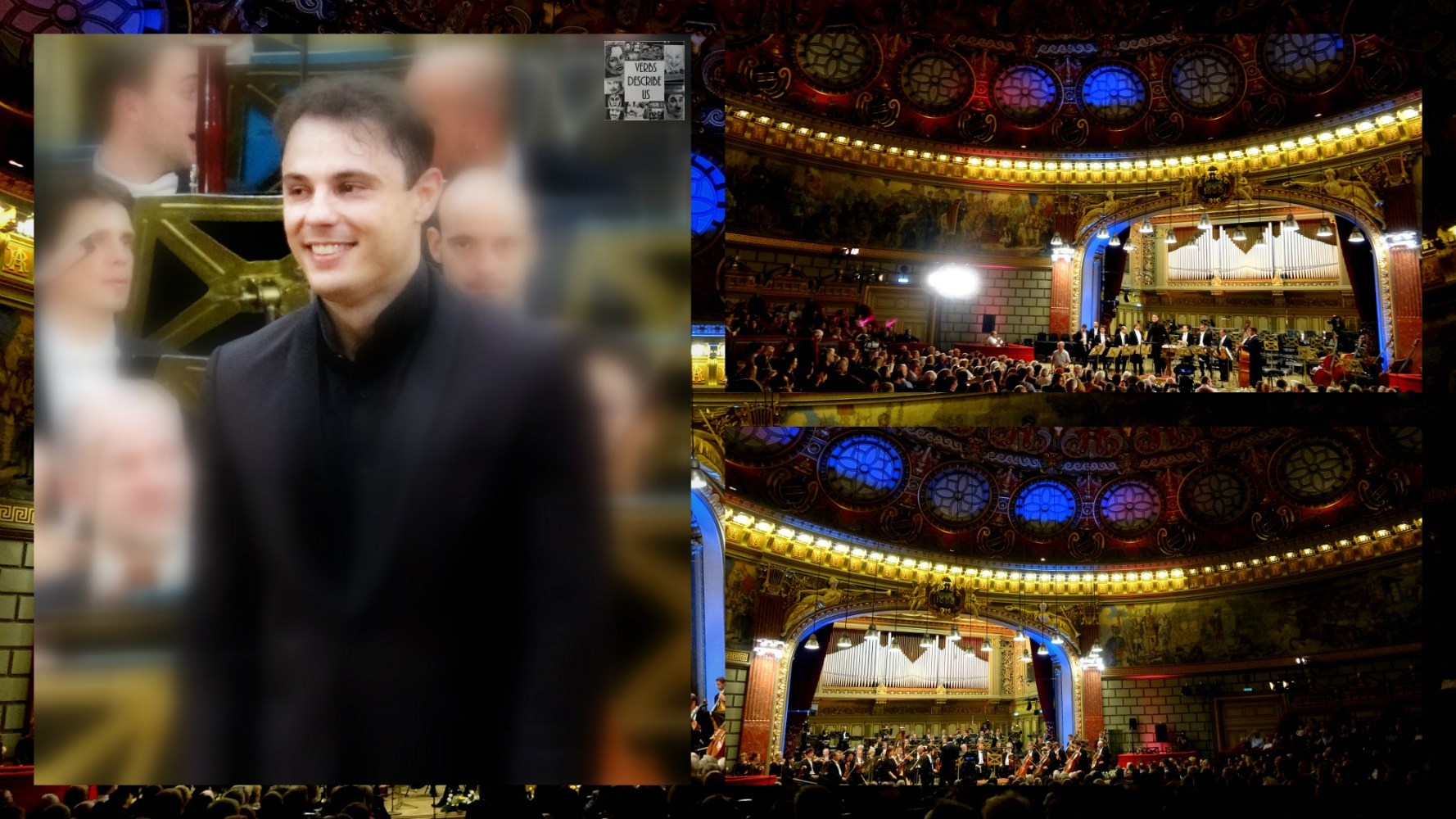 “Music has the power to put everything into harmony“

Vlad Vizireanu, conductor: “The challenge we face with contemporary music is that no one is raised on atonality. We experience only tonal music from our earliest lullabies”


The Donatella Flick LSO Conducting Competition took place in London from 15–17 November 2016. This documentary follows the progress of the Competition and speaks to founder Donatella Flick, members of the Jury, 2014 winner Elim Chan and the three 2016 finalists.

A Conducting Masterclass is scheduled for the 5th time in Lucern from March 22nd to March 25th, in collaboration with the Dutch conductor, Bernard Haitink. Students from around the world will conduct Classic, Romantic and early modern pieces and can discuss with Haitink not only their interpretational approach but also very practical conducting questions. You can see below fragments of the 2013 class with “Nuages” from Trois Nocturnes by Claude Debussy.

On the podium was the young conductor Vlad Vizireanu. Already with a rich international portfolio, but less active in Romania, his appearance at the Athenaeum was a pleasant surprise. Enthusiasm, unique musical ideas, and thoughtful phrasings supported by commanding and expressive gestures achieved a remarkable interpretation of Glinka’s Overture to "Ruslan and Lyudmila", but even more so for Rimsky-Korsakov’s "Scheherazade". A mission not at all simple was in fact Tchaikovsky’s Violin Concerto with violinist, Stefan Horvath.
The Romanian violinist established in Basel won the appreciation and applause of the audience, who were treated, as an encore, with "Lăutarul" by George Enescu.
After the endless minutes of applause and enthusiasm at the end of the concert, it was the orchestra’s turn to offer the public an encore. And it was a regal one: Romanian Rhapsody No. 1 by George Enescu, interpreted and played as I have rarely heard it in the past years.

- It was extraordinary. The program was formidable. Glinka, Tchaikovsky, and Korsakov in one night! I’m absolutely overwhelmed.

- Marvelous, it’s hard to express just how great it was. The program was very well chosen. The surprise at the end with Enescu [Romanian Rhapsody] was absolutely enchanting for us. I haven’t heard that piece played like that since Sergiu Celibidache. It was exceptional!

see what press says about Vlad

The tradition was served and the anniversary of the 161th birthday of our outstanding Patron. We were able to celebrate with Dear Melomans in the audience. It's a great joy! The Symphonics concert with a beautiful program, under the baton of Vlad Vizireanu was fully appreciated...
Evenings like this in the Philharmonic always bring many strong emotions. Thank you for your masterful interpretations...

From the moment he walked into the first rehearsal, it was evident that the process wasn’t about him,” Wood said. “He has a natural sort of fluidity to the way he conducts.

Enthusiasm, unique musical ideas, and thoughtful phrasings supported by commanding and expressive gestures achieved a remarkable interpretation of Glinka’s Overture to "Ruslan and Lyudmila", but even more so for Rimsky-Korsakov’s "Scheherazade".

It included an astonishing, climate-changing performance of “Nataraja,” a challenging piece conducted unflinchingly by Vlad Vizireanu, one of the dozens of promising young conductors hand-picked by Maazel to work and learn at Castleton over the years, from a similarly lionhearted and lovely score by Michael-Thomas Foumai — the winner of Maazel’s 2014 Young Composer’s Forum.

The Royal Chamber Orchestra and members of Pittsburgh Symphony Orchestra held on the 2nd of Septembers's afternoon a symphonic concert in The Small Hall of the Palace.
The concert began with the accorded Prelude (from no. 1 Suite for orchestra in C Major op. 9) by George Enescu, at the end of which the conductor Vlad Vizireanu and the musicians on the stage were applauded frantically by the audience. No. 1 Concert for piano and orchestra in E flat Major S.124 by Fr. Liszt followed, with South African Ben Schoeman as a pianist. The concert ended with Symphony No. 7 in A Major, op. 92, by L. van Beethoven.

The night began with the Overture to Don Giovanni, a famous work, which Maestro Vizireanu conducted from memory. Ample gestures, clarity, precision, and the genuine passion with which he conducted every phrase made an impressive mark on the eager audience.
Under Vizireanu’s elegant direction, the orchestra played Tchaikovsky’s Symphony No. 6, Pathétique. Even with the score on the podium it appeared that Maestro Vizireanu conducted the piece from memory with refined phrasing and sweeping, expressive gestures.